Picking up the Pieces

What is more important to impress the women out there today, I hear men fussing about? Beauty or Brains????

In disbelief and disgust to an apparent ‘gender status’ breakdown I am surrounded with day in and day out, I feel like I have been sucked into a culture storm with fake tans, fake eyelashes, hair extensions, fake boobs, fake nails, fake, fake, fake. It shouldn’t be no coincidence men now seem to mistake brains on a woman for (fake) beauty. Gone are the days men need to strike a meaningful conversation with a woman if all they see infront of them is a big rack (plastic boobs), out on the weekly special in a Coles catalogue. Should this give them any incentive to read the terms and conditions on how to approach the bargain before they claim it?

..Back to the Neanderthal man

That’s right ladies, cut the bullshit, you know yourself deep enough not to play the stupid games men entice us to play all day long. Let’s take a look at how men behaved around women in the stone ages. It’s true men were hunters and gatherers for their women and children, and were the dominant sex in the animal kingdom. They didn’t have to give too much thought where the next staple of food would come from and freely scathed around for women they desired. Among the strongest in the pack were the alpha males who seeked the most attractive woman to mate with and medalled with among the beta males. They were the natural born leaders of the male group, the big grizzly bears unafraid of its predators. Alpha males are physically strong hunters, love to prowl around for the attention of new females, and intimidate the males who are head strong by hitting on all the women, especially in night club scenes.


In modernity, some men, generally still hold onto some part of this Neanderthal instinct, constantly flirting among the ladies in the game to win their attention, purely for a new sexual experience. I was recently was told by an alpha male himself, during a sexual encounter that he and his mates feel the need to prowl around night clubs, in a pack of boys of course, and behave wildly as animals chasing the first girl they lay eyes on. Is there a man code for not stealing the others prey? Absoloutely not. When I asked this guy why he felt the urge to talk to the same woman his best mate had started seeing, he told me, “ us guys see interest in someone and want to push for that, and don’t stop for anything (or anyone). We like what we see and want what we want so we will push every boundary until we eventually have it in front of us.” This begs the question, where does man code come into the prize draw? The funny thing is he knows he can get as many random chicks in a night club, (most probably an easier target) but chooses to fight over his best mate’s girl because she is the most out of reach. Is this a dog act towards his best mate unaware he is ‘chatting’ his girlfriend up or is this perfectly okay under man code? Unfortunately for us, ladies, it is the latter in this scenario. Men do and will behave like animals fighting over the more challenging prey, perfectly acceptable in man code, to break it down to five unthinkable words, “he wouldn’t blink an eye.”


As we evolved as species women were challenged to constantly think for themselves, left alone to nurture their young offspring and contemplate if their men were going to come back with sufficient food for them. We constantly battled in our heads how we would survive if there were no food supply that day. Always analytical, women became over thinkers, unsure how the man’s behaviour would affect their survival needs. We needed a strong alpha male to act in a decent manner, capable of fighting off any predators in their way of their prey (or prize). 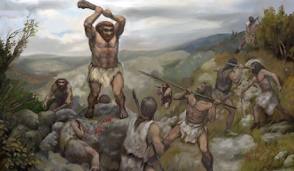 So should we think the modern man’s behaviour still shows signs of Neanderthal instinct? That the bro code doesn’t apply to certain alpha males whose natural instinct is to prance on the sexiest unattainable women, so far fetched and most probably out of his league, he needs to acknowledge his alpha male- good looking genes, and boast his sexuality left, right and centre only for a fleeting sexual encounter? It’s a perfect example why so many young, naive women lose their ability to deny this deviant behaviour, because the players play the game so well, the strong characteristics of the alpha male outweighs the male’s hidden motif. Just as soon as women let their guard down and see signs he legitimately has good intentions to fight any battle, and protect and provide for us, their behaviour suddenly changes and lands us in a dangerous territorial ground for many, many women.


And it doesn’t end there either, in fact an alpha male who cannot mature into his primal stage, equivalent to attaining dominance and intimidation beyond the physical ‘women hunt’ phase, in providing a living for their family and endure a successful career, will repeatedly stay in this Neanderthal stage for as long as possible. 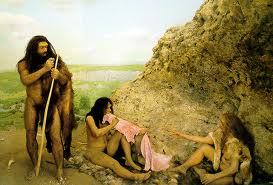 It makes perfectly good sense as to why relationships are doomed from the beginning if a woman’s needs are not met by good intentions of a man. Women will ask a million and one questions from a guy to draw a conclusion whether he makes the cut to fill the role of a strong, honest, compassionate and most importantly extremely attractive guy/companion. Having asked women about what attracts them to their male partner, if it was love at first sight over fatal attraction; it more than likely is, because the brain automatically calculates the decision of sexual chemistry within the first three seconds. However, skip over a couple hundreds of generations and you will see the roles have reversed. We now know women’s brains have evolved to be more analytical than a mans, helping women to cope with the stress of independently fending on her own. A relationship in hindsight that starts with a sexual encounter based on its physical chemistry is naturally the key ingredient to reproducing the strongest offspring. As humans have evolved, we have ideally created the look we want for our offspring, subconsciously deciding and shaping the perfect look we desire in our partner. However, there is more to it that meets the eye, physical attraction is a significant factor, just as an equal or higher intelligence is for the perfect companionship.


Next chapter on fatal attraction versus brains..